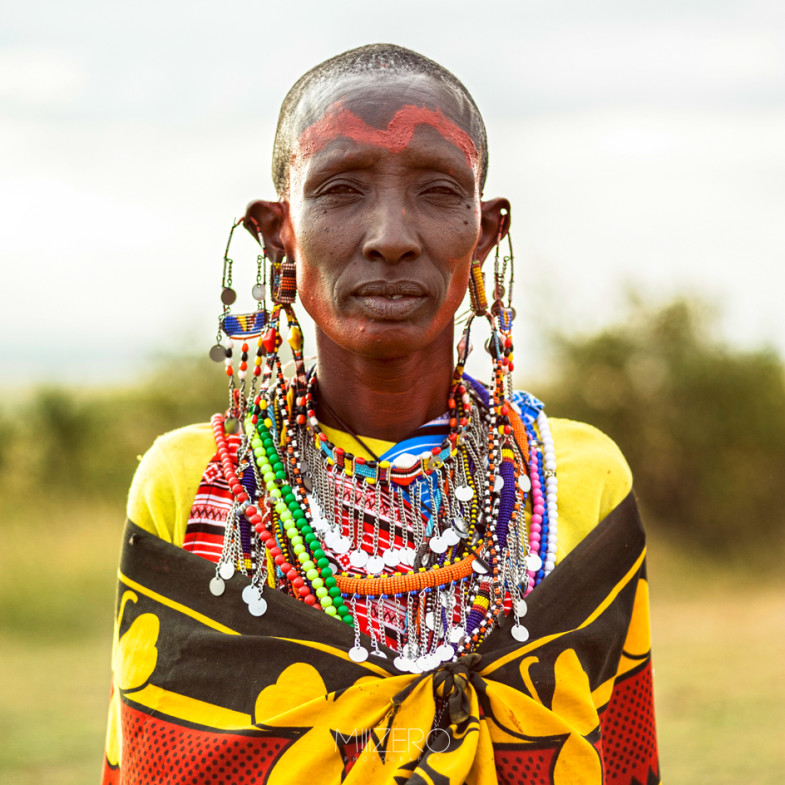 Here is one of my favorite portrait of a Masai lady. The people who lives in the Masai Mara region of Kenya. These ladies always dress very colorful and wear beads when they get married.

The Maasai (sometimes spelled “Masai” or “Masaai”) are a Nilotic ethnic group of semi-nomadic people located in Kenya and northern Tanzania. They are among the best known of African ethnic groups, due to their distinctive customs and dress and residence near the many game parks of East Africa.[1] They speak Maa (ɔl Maa),[1] a member of the Nilo-Saharan language family that is related to Dinka and Nuer, and are also educated in the official languages of Kenya and Tanzania: Swahili and English. The Maasai population has been reported as numbering 841,622 in Kenya in the 2009 census,[2] compared to 377,089 in the 1989 census.[3]